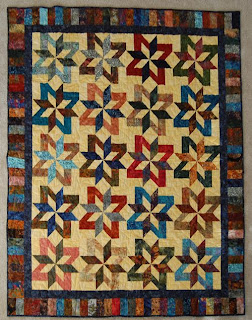 It has taken a few years and a kick in the pants to get this quilt finished. Originally, I was making this for my son who loves yellow. I thought it would be right up his alley. Not! When laying it out on the floor, I asked him how he liked it and his ambivalent response was, "It's okay." Not exactly encouraging. Who wants to give a quilt to someone who doesn't LOVE it, right? Hence the name Son's Folly. He'll never know what he missed. (I'm pretty sure he doesn't read this blog.) So, I will have to come up with a different quilt pattern for him.

In the meantime, I'm thinking of entering this quilt in the local quilt show. The pattern comes from Kim Brackett's book Scrap-Basket Surprises. It is the same quilt that is on the cover of that book. In the book it is called Bali Sea Star. You never know, maybe it will be more popular at the show than it was at home.

I'm just thankful that this one is off my plate. Now...what to work on next? 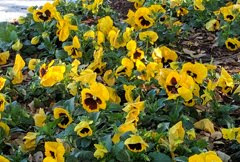